The company co-sponsored a study with behavioral research company EyeSee that claims sound-off videos six-seconds or shorter with clear branding drive better ad recall on mobile than traditional linear TV commercial-style videos that can be up to one minute long. Twitter described the new 6-second video ad unit as a “Flexible option for advertisers who care about the completed view metric but are ready to lean into the mobile-first paradigm and develop short-form assets optimized for in-feed viewing.” The new ad unit is available for promoted video, in-stream video sponsorships, and in-stream video ads, and offers the possibility of transacting on to a longer format video. The company also reported that video ad formats continue to be its fastest-growing ad format. Since Twitter is a platform where views are not forced on users, video consumption tends to be shorter on average. This presents a unique challenge to advertisers as the need to engage viewers immediately has never been greater. 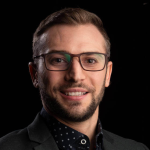