As most of you are already aware, Google’s 15th anniversary marked a milestone in their very successful search engine which also brought upon the announcement of their new algorithm that was launched one month earlier; Hummingbird. Following the release of this new algorithm came the release of Penguin 2.1. Although many SEO tactics had to be changed or modified rapidly to keep up with the new algorithm, Google seemed to have brought upon an even more intelligent way of classifying sites. However, Penguin 2.1 is far from perfection as weaknesses have recently been spotted within it. Penguin 2.1 penalizes websites that abuse SEO tactics and marketing strategies. Negative SEO can ruin a website; the catch is that competing websites can very easily create negative backlinks and negative SEO for their competition. This act not only penalizes the website, but it makes it very difficult to get back up again. SEO TWIST recently became a victim of this competitive fraud. One of SEO TWIST’s competitors created roughly 5000 – 6000 negative backlinks pointing directly towards SEO TWIST, bringing this SEO Ottawa company down in the rankings of Google. Removing such negative backlinks is a long and tedious task to take on and there’s no saying when more negative backlinks could be added by the competition. The thing is, many people offer to create backlinks for cheap on freelance websites like Fiverr. Fortunately, Google has addressed this issue with the addition of the Disavow Links Tool. This tool allows webmasters to undermine the signals sent from bad links. However, the Disavow tool is not a magic wand.  Google’s guidelines state that the Disavow Links Tool should only be used after trying to manually remove the links by attempting to contact webmasters to request link removal directly. Nevertheless, this tool can be a vital weapon in your backlink cleanup, especially after a negative SEO attack. Proper use of the Disavow Links tool can even help your site avert a manual penalty. Prevention is the number one way to avoid dealing with this new competitive fraud. Monitoring backlinks has become more important than ever before. Monitoring backlinks and performing backlink audits is important in order to avoid negative SEO. It should become a habit for any website owner to check up on the website’s backlinks daily. From the moment they are detected, they should be removed. SEO methods should be modified slightly in order to adapt to this new trend of competitive fraud. With proper modifications and use of strong positive SEO tactics, this issue can be prevented. 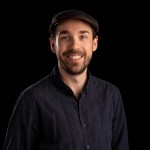